Bad day to be a bird

We’ve been having a nor’easter today in the Philadelphia area – lots of rain, lots of wind. There have been wind gusts between forty and fifty miles an hour near here, but that’s nothing. At Cape May – the little finger of land that sticks out of the southeast corner of New Jersey into the Atlantic – the gusts have been over sixty miles an hour. That’s not quite hurricane speed, but it’s plenty fast enough.

Branches and trees and power lines have blown down here and there. But that’s just the sort of thing that happens in a bad storm. No, the most dramatic sight of the day happened in my back yard (that’s my story and I’m sticking to it).

This morning, our holly tree was full of robins feasting on bright red berries. Then came a stronger blast of wind, and one bird was blown sideways out of the tree! His left wing was canted uncomfortably upward while he began desperately flapping his right wing, struggling to get control – and all the while he was moving steadily sideways. I’ve never seen a bird’s face look panicky before.

There is a happy ending – the robin managed to get both wings moving and landed safely on the walk. 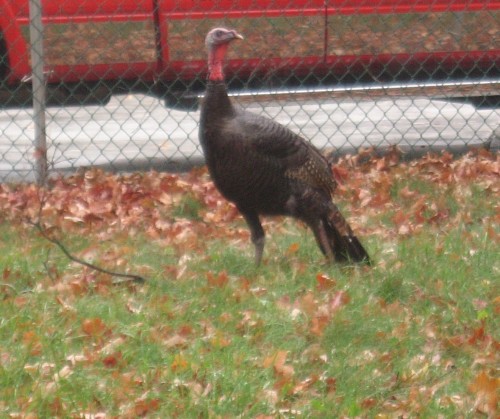 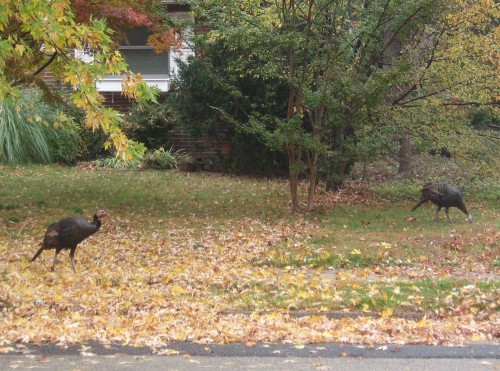 Earlier this morning, one of the local cats – a large gray and black tabby tom with a white face and white bib – was sitting in a patch of sun in our back yard, facing east, with his eyes closed and his face turned blissfully up to the light. Recharging his batteries?

Over the next hour, he melted into a cat puddle, curled up and napping in that wonderful warmth – a splotch of gray and black and white against green grass and a few fallen oak leaves. But everything changes, alas – the world turned and left him in shade, so he woke up and wandered away grumbling. 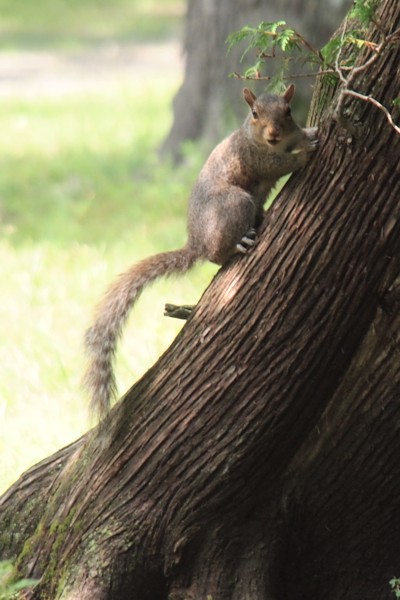 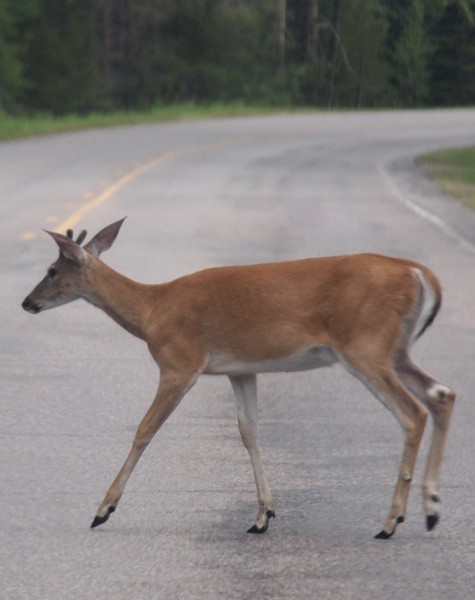 Lots and lots of nature

We spent most of a day on Michigan’s Upper Peninsula exploring Seney Wildlife Refuge  – acres and acres of forests and lakes and trails. There are flowers

Tiny flowers, each the size of the end of my little finger 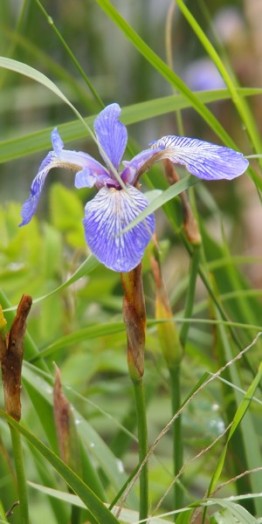 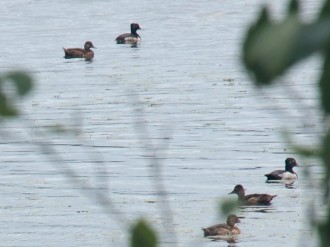 And many, many swans

Monarch butterfly on its beloved milkweed

Oh, and a resting dragonfly

and I took dozens of pictures of all of them. But I have to admit I didn’t photograph the most common wildlife – I was too busy swatting it. Yes, the refuge is full of mosquitoes.

2 Comments
A Number of Things
Blog at WordPress.com.
Loading Comments...