This time around, Ailsa at Where’s My Backpack is asking us to illustrate “minimalism”. What a coincidence! I’ve been reading various blogs about it as I get ready to start my hundred days of crazed decluttering, and here’s my  concept: 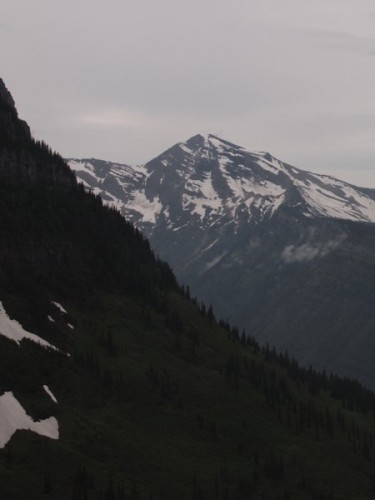 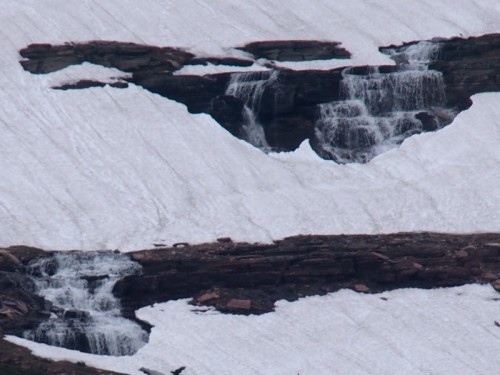 Merry Christmas to All…

…and thank you for stopping by!

(Yes, it’s kind of a Charlie Brown tree. There are bigger, fuller, prettier ones. But the hats and gloves on it and out of sight behind it are helping poor kids in Camden stay warm.)

December is flying past…it’s almost time to start the Hundred Day Decluttering. Now, what’s the best way to go about it? I know lots of ways to fail to bring my house under control. What I need now is a way to succeed.

I’ve been looking at various books that promise expert advice – just what I need, since I definitely don’t know what I’m doing! So I think I’ll start off with my untested and not necessarily fair  reactions to some of them.

Lose 200 Pounds this Weekend: It’s Time to Declutter Your Life by Don Aslett

This book needs to be decluttered! There’s some information about how to clear out your house in the introduction and in Chapters 4 and 5 (out of seven chapters plus an Introduction and Afterword). The rest? Pep talks about cleaning your house, and sales pitches for his other books. The pep talks might be useful, maybe, if you aren’t sold on the idea of doing all this work.

Still, Aslett’s basic idea – set aside one weekend and devote it entirely to throwing things out – sounds promising, if I can keep going through it. (After a year of clearing out my mother’s house, I get exhausted fast.) An actual weekend won’t work for me – I’ll be at church half of Sunday – but I could try Friday and Saturday.

The 100 Thing Challenge by Dave Bruno

Kind of famous – and kind of disappointing when you read how he applied the idea. The goal, supposedly, is to trim down to living with just 100 possessions, though some people have creatively redefined “possessions” so that, for example, all their socks are one “possession”. I mentioned the hundred thing challenge a few weeks ago and joked that, personally, I could make the job easier by lumping all the books in this house into one category. Imagine my reaction when I found out that Bruno actually does this – he has his “library”! And almost all the furniture in his house doesn’t count either, since his family uses it too. True, it would be silly and unfair to make his wife and kids sit on the floor for the sake of his little list – but leaving out all the shared household property makes his big experiment easier than it looks at first glance.

For my amusement, I think I’ll see how few possessions I have right now if I chunk them into umbrella categories of Bruno’s kind – but this no-challenge challenge won’t help much in making my house livable.

One Bite at a Time: 52 Projects for Making Life Simpler by Tsh Oxenreider

I actually got this book months ago, long before I realized I needed to get serious about my house. Oxenreider offers a project a week you can tackle, in whatever order you choose, so you can – just like it says – simplify your life. Well and good, though not all projects will apply to all households; for example, my children are grown and gone, so number 33, “Streamline your kids’ art collection”, is beside the point here. The real problem? I’ve tried several of her projects, and her approach doesn’t seem drastic enough to fix major messes like mine. One Bite at a Time may be fine for people with minor to moderate disaster areas, but it’s not going to revamp your entire house.

The Complete Idiot’s Guide to Getting Organized

Well, it seemed like a nice general-purpose how to do it guide. Unfortunately, a lot of the book sets goals and then encourages you to stretch them until they’re comfortable – and shapeless. Might work for people who are already experts on organization. A genuine “complete idiot” on the subject like me needs more structure to follow.

Now, here’s a book I was prepared to dislike. Live with a luxurious hundred things? Bah. Jen Hatmaker set herself the task of living with only seven things (in a specific category, like food, clothes, places to shop…) for a month. Come the next month, she moved on to seven things in a different category, and so on for a year.

I was more than inclined to sneer at the whole idea. It seemed like a pointless exercise in showing off how virtuously minimalist you can be, and unworkable besides without special circumstances. For example, seven items of clothing for the whole of February? Well, she lives in Texas. A warm part of Texas where she can manage with no coat. Here in New Jersey, my February wardrobe would have to devote three of my seven pieces of clothing to a coat, a hat, and a pair of gloves. Include a pair of shoes, and four out of the seven are spoken for – I’d be left with just three changes of clothes to wear all month long. That’s taking austerity beyond reason.

As I read further, though, I came to realize that this wasn’t about decluttering or minimalism for the sake of minimalism. What Hatmaker is really up to is living out her Christianity by learning something of what it’s like to be poor, and finding ways to help the poorest people around her. I found it interesting and admirable – but, really, not much use for giving me advice on how to reorganize my stuff.

The Life-changing Magic of Tidying Up by Marie Kondo

Now, this one’s different. I liked it for two reasons: First, Kondo focuses on how to declutter, in great detail, with very little psychologizing about why we have too much stuff or why we can’t get rid of it. And she – very deliberately – organizes the project in an unusual way.

Most books on decluttering, when they give you any advice at all on how to do it, tell you to work room by room, and within rooms area by area. (For instance, in the kitchen The Complete Idiot’s Guide tells you to organize the sink area, and the refrigerator area, and the pantry area, and also – separately – the stovetop area and the oven area.) Kondo focuses not on places but on types of clutter: organize your clothes, organize your papers, organize your books, and so on.

Will it work? I’ll just have to try it and see.

The Joy of Less, A Minimalist Living Guide: How to Declutter, Organize, and Simplify Your Life by Francine Jay

And here’s one I really don’t know what I think of. Good: I was brought up to keep everything, and a writer who holds that less is better might just help me out of the “throw nothing away” trap. Bad: Sometimes Jay goes too far, past simplicity to austerity and all the way to deprivation for the sake of deprivation. I haven’t finished reading it yet; once I do, I’ll be able to tell whether there are useful ideas in there.

So I’ve consulted all sorts of experts on decluttering (and people who have thoughts that fit around the fringes of the subject). I’ve got a little more than a week to figure out how I want to approach the project. Next step: Figure out which ideas from the books above to try out, in what order.

Wish me luck. I’ll need it.

Posted in Getting organized

You shouldn’t notice
Where your bones run. Muscles ache,
Shoulders, elbows, wrists.
Fingers, not to be trusted.
And yet more work still to do.

A Number of Things
Create a free website or blog at WordPress.com.