186 cookbooks; Ladies and gentlemen, we have a loser 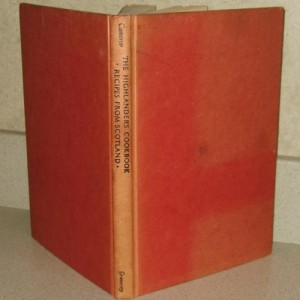 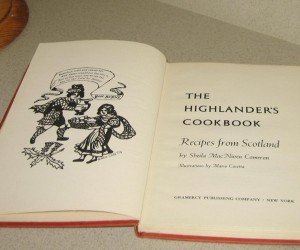 Here’s the cover page too.

So far, all the recipes I’ve tried have been hits.

This is not helpful. The goal here is to identify cookbooks that I might as well get rid of. So I’m thrilled to announce that the latest experiment – “smoored pullets” – was really, really bad.

It’s not that the recipe was hard. It’s just a variation on basic ol’ fried chicken. For Smoored Pullets, you flour and brown the chicken, salt and pepper it, add a little water or broth, cover, and let it cook until done. Then you mix some sour cream into the pan juices, and sprinkle with parsley. What could go wrong?

Once in a while, you stumble across a combination of ingredients where each individual component has a distinct, pleasing taste – but together they taste like nothing in particular.  This was one of those times. We ate until the first edge of hunger was gone, then finished up the vegetables, and threw out most of the chicken. It was that bad.

Now, slathering the chicken with salt might have made the meal taste better, but for health reasons, I’m not going to do that. And it’s very possible that chickens and sour cream from Scotland – now, or Once Upon A Time – were / are much more flavorful than what I can get.

Doesn’t matter. I won’t ever make this dish again, and the rest of the book doesn’t seem to have anything very exciting to offer. Next!