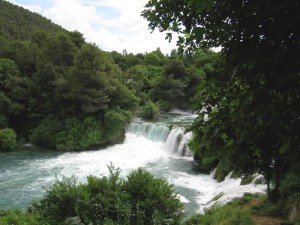 You might think the quote above sums up one of the main political positions that the Bible endorses – a good society, a nation that God loves, will see to it that justice is freely available to everyone, not just the rich and powerful. And then there’s the other great political theme of the Bible – “inasmuch as you have done it to the least of My brethren” (fed the hungry, clothed the naked, visited the sick and prisoners) “you have done it to Me.” God makes no secret of His special concern for the poor and desire that the rest of us help those with few resources.

This past Sunday, a group called the “Alliance Defense Fund” urged pastors to give sermons on political issues, telling their congregations to vote against any candidate who takes unbiblical positions. Does that mean they will endorse politicians who call for helping the poor?

Um, no. Not as far as I can tell from their web site. Their big concern seems to be with sex. Now God knows (and so do we) that sex can involve unloving, harmful behavior, and so we need to be careful with it. But humans can lust after money and power as well as sexual pleasure, and the Bible seems to suggest that money and power are more likely to cause harm. At the least, it spends a lot more space warning people not to misuse them.

It’s a shame that the Alliance Defense Fund’s Bible has apparently removed all the passages about caring for those who need help.

This entry was posted in Politics. Bookmark the permalink.